More and more start-ups in Hong Kong are successfully established, and many international entrepreneurs have settled in Hong Kong. The Innovation and Technology Hong Kong Foundation first announced the “Hong Kong Unicorns List Unicorns HK 2021”. A total of 18 unicorns with the “Hong Kong Gene” have successfully made the list, focusing on high-end manufacturing, robotics, and artificial intelligence.

The Hong Kong X Foundation, a charity foundation established by Sequoia China in Hong Kong, and CGTN jointly launched the “Innovative Harbor 2021 INNO BAY” special program. During the event, the association released the “Hong Kong Unicorn List Unicorns HK 2021” for the first time. All the unicorns on the list were founded/early incubated/headquartered in Hong Kong, or the founder was a Hong Kong resident. These start-ups have all received private equity investment, have not yet been listed, and are valued at more than $1 billion, which meets the international standards of unicorns. The company must also comply with the legal requirements of Hong Kong and the Mainland at the same time.

Including super unicorns valued at tens of billions of dollars

Among the 18 unicorns that have successfully made the list, companies in the fields of high-end manufacturing, robotics, and artificial intelligence are the most, including super unicorns DJI Innovation, SenseTime Shangtang Technology, and Lalamove, which are valued at more than ten billion U.S. dollars. Unicorns valued at over US$1 billion include Airwallex and EcoFlow Zhenghao. 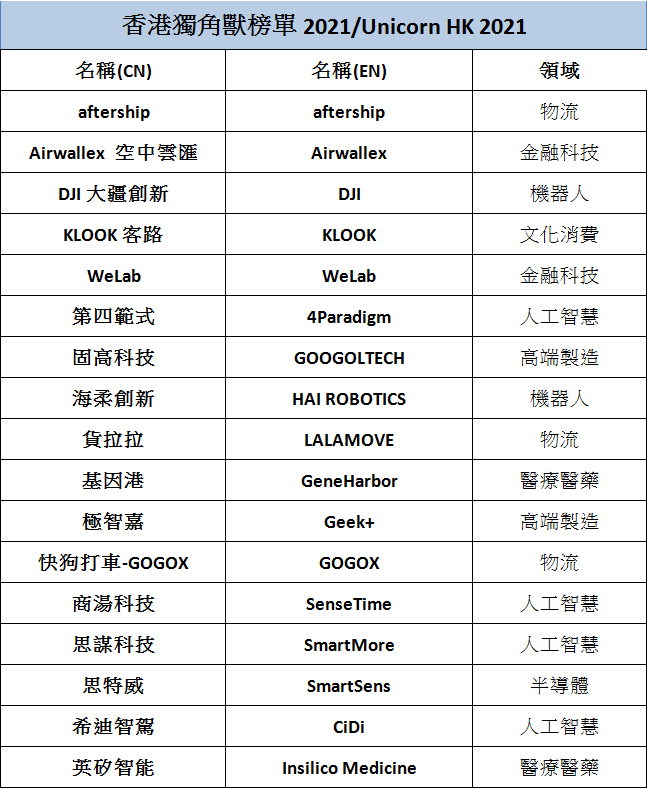 Unicorns with the “Hong Kong Gene” successfully made the list, mainly in the fields of high-end manufacturing, robotics, and artificial intelligence.

It is also worth noting that in the ranking, 6 unicorns are from the Hong Kong University of Science and Technology. Known as the “Godfather of Hidden Entrepreneurship in China”, Professor Li Zexiang has participated in more than 5 unicorns. He formed an academic entrepreneurial group with HKUST students to encourage students to actively start their own businesses, find funds and provide technical assistance for them. With the help of the manufacturing base in the Greater Bay Area, he continuously incubates and invests in high-tech companies founded by his students and participates Established DJI Innovation, Googol Technology, etc.

Another notable commonality is “based on Hong Kong, rooted in the Greater Bay Area, and looking at the world.” According to the analysis, many unicorns with “Hong Kong genes” have made full use of the incubation space and policies of various university startup incubators, government science parks, or Cyberport. At least 9 companies have set up their global headquarters or core offices in Hong Kong, and set up R&D or production bases in the Greater Bay Area. The company has polished its products in the Hong Kong market, combined with the perfect manufacturing supply chain, active sales market and rich industrial clusters in the Greater Bay Area, from prototypes to mass production, and finally sells the products to the country and the world.

What do Hong Kong young unicorns have in common? 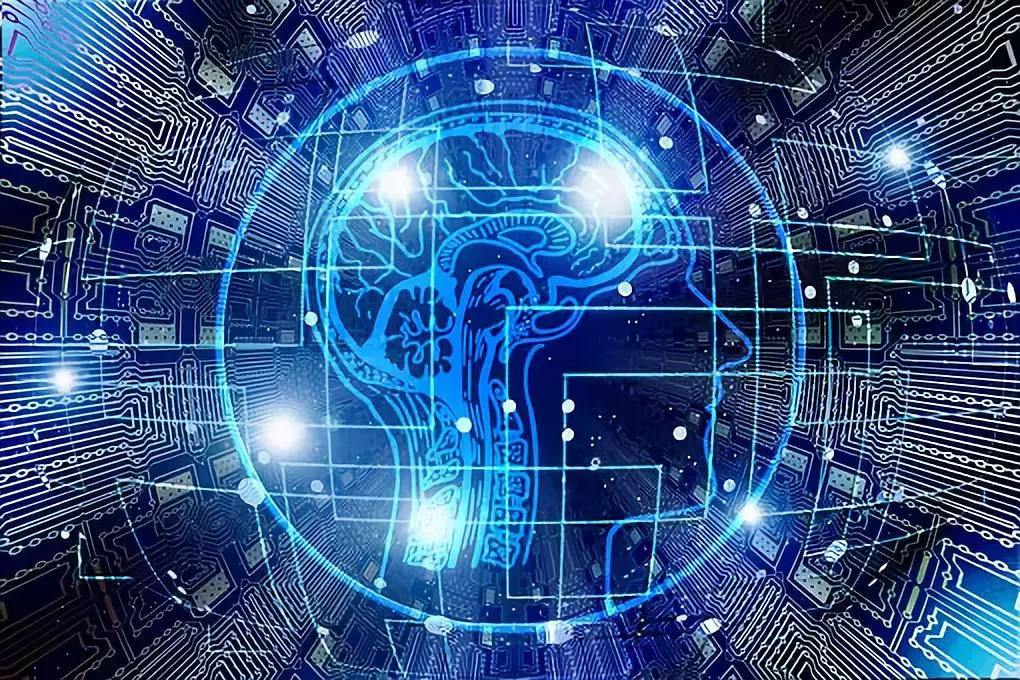 The Innovation and Technology Hong Kong Foundation stated that these Hong Kong genetic unicorns have many things in common. First, these companies are very young, such as KLOOK established in 2014 and Airwallex established in 2015. Among them, the youngest is the computer vision company SmartMore, which was founded in 2019 by Jia Jiaya, a tenured professor of computer science and engineering at the Chinese University of Hong Kong.

Over 25 Years of Experience

GCA has been the trusted advisor of industry leaders since 1997

GCA is headquartered in Hong Kong with regional presence in 6 other major cities globally, strategically positioned in line with the Belt and Road initiative.

Over 20 years of experience in the valuation industry. Specialises in valuation and project management on multi-disciplinary matters. Provided valuable advice and insights to private and public clients on a wide variety of both real properties and industrial assets for the purposes of financial reporting, sales, merger, purchase price allocation, financing, joint venture, initial public offerings, etc.

Currently a board member of the International Association of Certified Valuation Specialists, Hong Kong Chapter.

Over 12 years of experience in finance sector with most of the time spent in the investment banking field. Was a director at UBS AG and Daiwa Capital Markets investment banking teams, where he helped originated and executed numerous public and private fundraising transactions, including IPOs, M&As, convertible bonds, etc in the Asia Pacific region.

More than 16 years of experience in investment and financial analyses, including 10 years of experience in business and financial instruments valuations. Worked in another multi-national valuation firm for more than seven years, and served as a Director before leaving. Led/Co-led numerous valuation projects in Hong Kong, China, South-east Asia, Japan and the United States. Charter holder of Chartered Financial Analyst (CFA), Chartered Valuer and Appraiser, Singapore (CVA) and Financial Risk Manager (FRM) and graduated from the University of Hong Kong with a Master of Philosophy majored finance.

Over 10 years of valuation experience on properties in various locations such as Hong Kong, China, Singapore, Vietnam, the Philippines and other countries in the Asia Pacific region
Currently a Registered Professional Surveyor in General Practice, Member of Hong Kong Institute of Surveyors. Also a Member of The Royal Institution of Chartered Surveyors and an Associate Member of the Australian Property Institute. Leads a team of qualified surveyors and experienced professionals in handling valuation exercises for purposes such as IPO, M&A, financial reporting, litigation, etc.

Over 10 years of professional experience in the mining industry in the field of technical review, valuation, and project analysis
Dr. Yang holds Bachelor and Master degree from University of NSW and Doctoral degree (Mineral Economics) from University of Geosciences. Dr. Yang is a Member of Australasian Institute of Mining and Metallurgy (AusIMM, # 315680) and a CFA charter holder